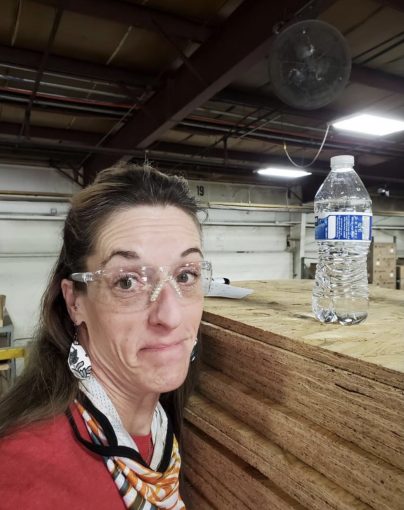 Vonita Murray Likes To Sleep With Married Men. Vonita Murray met a man through work at [REDACTED]. Her husband worked there at the same time. She began an affair with this particular coworker, his name is Damon lawson, while his wife was going through chemotherapy for stage III ovarian cancer. When the affair was found out, Vonita proceeded to put a restraining order on this woman. And not stop the affair.She bought him a burner cell phone so they could talk in private and the wife wouldn’t know. She drives by the wife’s house on numerous occasions, she has called the wife’s job to try to get her in trouble, she text her daily with phone numbers through a free texting app. When Damon tried to end things with Vonita, she went absolutely psycho. She has integrated herself to Damons family…Shopping with his mother, and bringing his father treats every Monday. No matter how many times the husband asked her to stop, she just refuses. The husband is just as guilty as Vonita even more so, because he should’ve put a stop to this along time ago. And what kind of scum bag cheats on their wife of several years while she’s on chemo? And what kind of woman starts an affair with a man whose wife is on chemo? Vonita apparently has a long history of stealing husbands. She classifies herself as a good Christian woman, but she’s anything but. She actually had the nerve to call Damon‘s wife and cry to her about Damon cheating on her when he went back to his wife LOL. Jennifer, the wife, is my best friend. I have seen her go through hell and back dealing with the cancer and now this affair. She struggled financially and emotionally all because of this home wrecking b1tch. And as I said earlier the husbands know better because it was his choice to do this to his wife at the lowest point in her life. He is now in jail for domestic violence and drunk driving, and Vonita still right by his side. My friend gets threatening text messages every single day, asking her to go to the prosecutors office and lie about the abuse she suffered at Damon‘s hands, so he and vonita can be together. Fraternizing with his family on Facebook and doing anything she can to make my best friend feel like sh1t about this whole situation. Vonita murray is the lowest of the low. And if sleeping with a married man isn’t bad enough, she left her daughter in California to move here and marry a man she met on the Internet. And the daughter lives with Vonita‘s ex-husband. And the ex-husband isn’t even the girls father. Go back to California and raise your daughter you worthless b1tch. Some women just do whatever they can to bring other women down. Vonitas selfish conniving and very much an opportunist. In my mind her and DamonBelong together. They can destroy each other the way they destroyed my best friend. You reap what you sow. Take a good long look at this b1tch who likes to destroy marriages. It must make her feel powerful, because she does not have looks going for her…lol