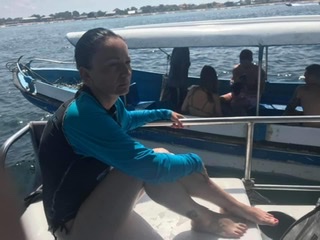 Violeta Duloiu Serial Homewrecker. Violeta Duloiu is a serial homewrecker from Romania who targets married men. Her first was a co-worker where she became close friends with the wife, even taking care of their children, to get closer to and manipulate them both. She had a 7 year affair with him until she intentionally got pregnant, and then hid the abortion receipt in his house so his wife would find it. Her 2nd affair was with a married man she was sleeping with while deployed to Afghanistan. She even traveled to Thailand to vacation with him and his entourage of guy friends. Rumor has it, she was passed around between the lot of them. The 3rd was a man she had targeted for months and manipulated him while she was still sleeping with #2. She was working hard towards trying to break up his family because she saw a golden opportunity to come to America. She knew he had a family and could have cared less about ruining his relationship with his children. She’s disgusting and has little to no self respect. She doesn’t care who she hurts or whose life she ruins. She is a homewrecker at her core and has spent her entire adult life trying to rip other people’s families apart. She left Afghanistan recently and is now working at NATO headquarters (S.H.A.P.E) in Mons, Belgium. If you have a husband located here, especially if he’s American, watch out. She’ll do anything she can to ruin your life