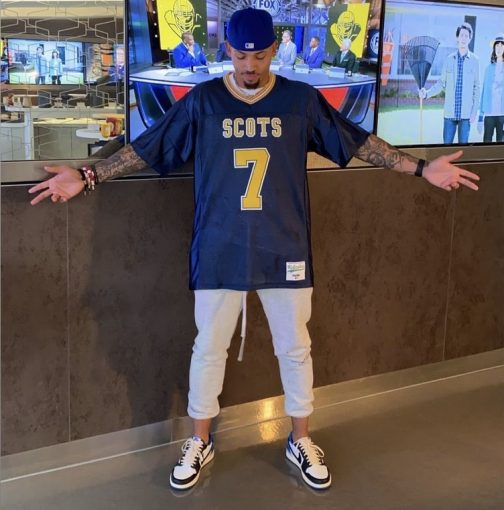 NFL Chef Chris Donaldson Fresh 2 Fit Is A Liar, Cheater, And A Abuser. Engaged. Talking future plans. Had goals. Gave up everything for this man. Sacrificed so much. And once the money started coming the random thots came along with it. He decided it was okay to cheat. Not once but many times. Lied to me of course had me thinking he loved me while using me. Then it got dark. He started getting verbally abusive. The emotionally and mentally abusive then it turned to physical abused. And the worst part he never said sorry he believed it was okay. Then he changed and he asked me to move to Cali and rebuild us. So he came first I packed up all our stuff and drove across the United States got here found out I was pregnant. He seemed excited but never showed up for any appointment. The chick he slept with was flying In for her sex sessions snd she was more important than his baby. Then come to find out Katie Lynn McPartlin moved in with him. And I’ll write a new post about this awful women in a second. But he then turns around and tries to force me to abort at 21 weeks and stole my dog. And owes me a bunch of money has loans in my name snd is walking around like he’s the sh1t. He’s a liar cheater abusive manipulative and an awful person now. He told me to Kill myself snd called me worthless while I was pregnant. This man does not deserve children. He should never be a father Also beware he is a very smooth talker and his lies will come across like they are true he’s a very good pathological liar. And everyone will tlak so highly of him because he puts on a great show. Oh and his name is Christopher Donaldson. He is the chef and owner of [REDACTED] but he cooks for Matthew stafford.